Shielding International started as a small company in Los Angeles, CA in 1958. The company relocated to Redmond, OR in 1973 and in 1977 the company was sold to Bruce Douglas, Bill Miller and Glenn Strutz. In 1978, the company moved to Madras, OR where it has remained.

A VISION: FAMILY AND FUTURE

In 1988, Wilbur Moschetti bought out Bruce Douglas and Bill Miller. Around 1993, Wilbur bought out Glenn Strutz to become the sole owner of the company. Since that time, the company has been family-owned and operated by his son Brent Moschetti and his two sons-in-law, Doug Lofting and Mike Bush. Brent Moschetti was instrumental in designing many of the apron patterns being utilized today.

Doug leveraged his expertise in fluoroscopy as an RT(R) which proved invaluable during the manufacture of core material. Doug had a natural aptitude for sales and was responsible for many of the dealer relationships still intact today.

Today, Shielding International is a Women-Owned Small Business (WOSB) that is led by Wilbur Moschetti’s two daughters-Kriste and Cyndie. Kriste Lofting serves as the company’s president while Cyndie Bush is acting vice president. 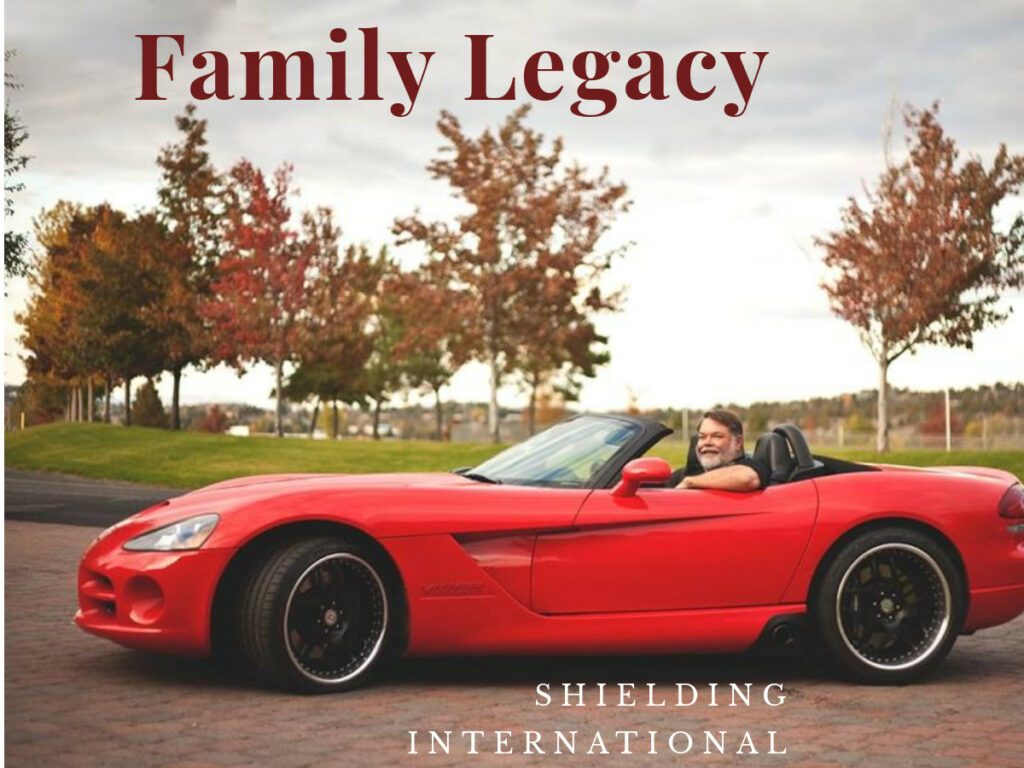 DEALER RELATIONS .  Shielding International has maintained its presence at the RSNA (Radiological Society of North America) convention in Chicago for over 30 years. Doug and Brent attended the RSNA convention for 20+ years and formed many great relationships that persist to this day. Shielding International still attends RSNA and continues to have a strong relationship with its network of dealers.

MOVING FORWARD   Shielding International is committed to meeting customer and regulatory requirements and enhancing customer satisfaction through the continuous improvement of its x-ray protective products and the quality management system. Shielding International leads the industry offering a lead time of 12 days from receipt of Purchase Order to shipment and custom orders ship out within 10 days from receipt of PO. Shielding International proudly serves the x-ray protective needs of users around the globe. This includes medical, dental, veterinary, nuclear, baggage and security inspection industries. All production is done on-site-from formulation to finished product. This assures that only the best products reach our customers.